SANDSTONE COMICS PRESENTS #1 has everything you love about comics and more! 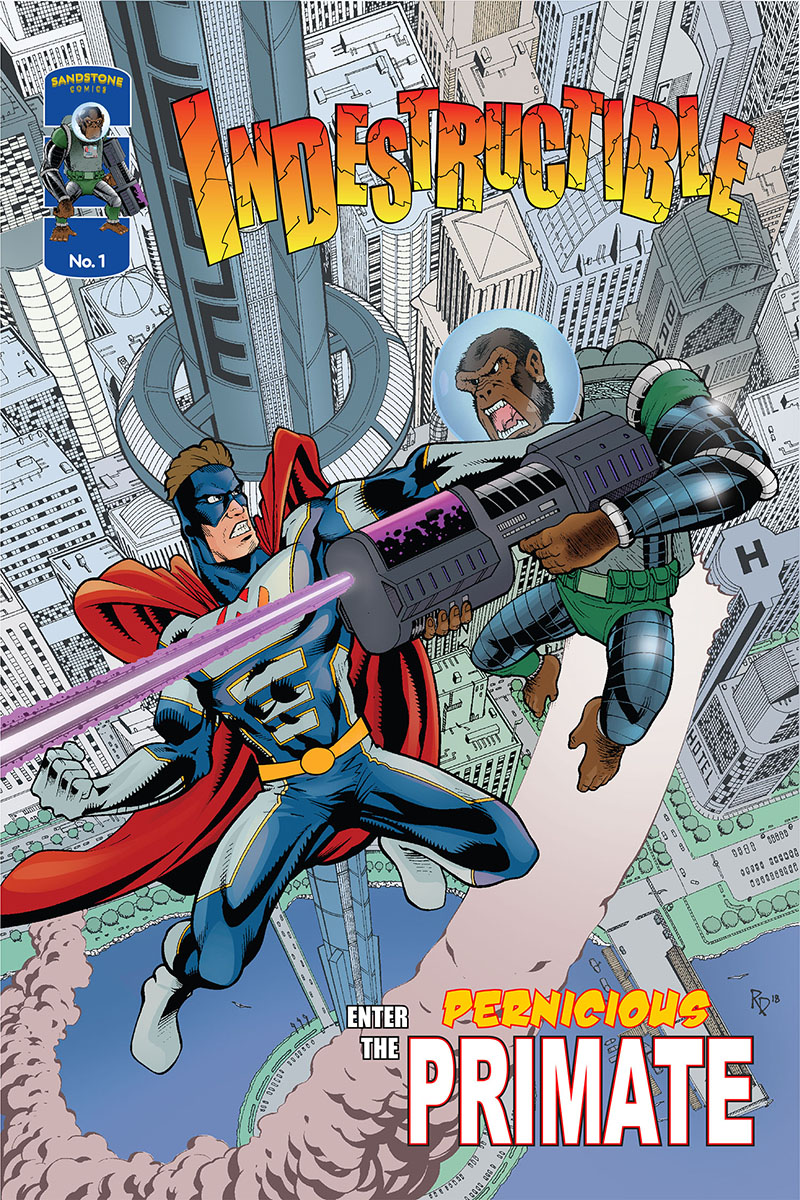 INDESTRUCTIBLE is a modern day story of a hero with nothing to lose. After succumbing to a terrible accident in order to save the lives of his colleagues, Martin ends up with extraordinary abilities. But he is also faced with something that could change his life forever.

Join us as he faces off against a galactic threat known as the Space Simian. As the story unfolds over the course of the series, you will discover more about Martin’s past, his presence in Charlotte City, and the destiny of this new hero. 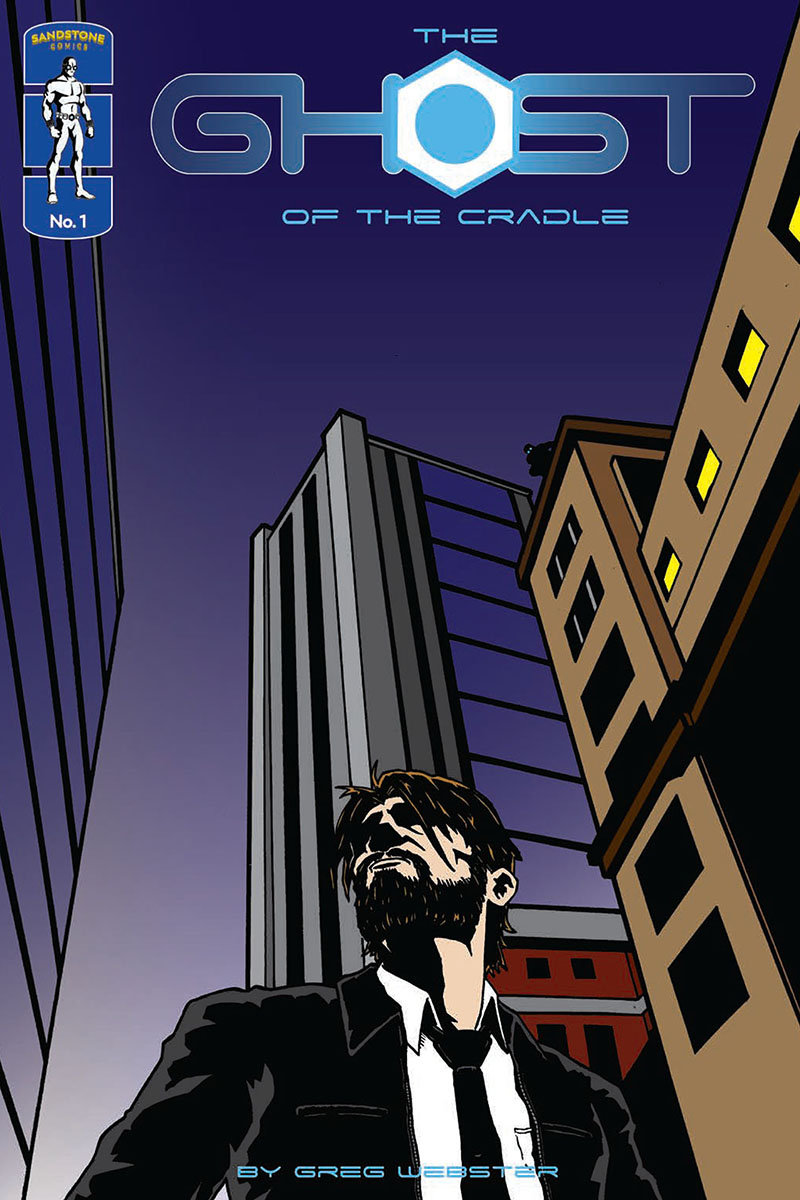 THE GHOST OF THE CRADLE – When a mysterious vigilante starts targeting the criminal underworld of the Cradle in Charlotte City, Detective Alex Turnbull is tasked with tracking down this mysterious new threat. Turnbull is forced to face his own personal demons in the hunt for this ghostly persona, all while under the watchful eye of an even deadlier menace looming in the shadows.

Who is the Ghost of the Cradle? Exactly what is behind his vendetta with the criminals of the city? Will Turnbull overcome his problems and get the answers he seeks? The investigation begins here. 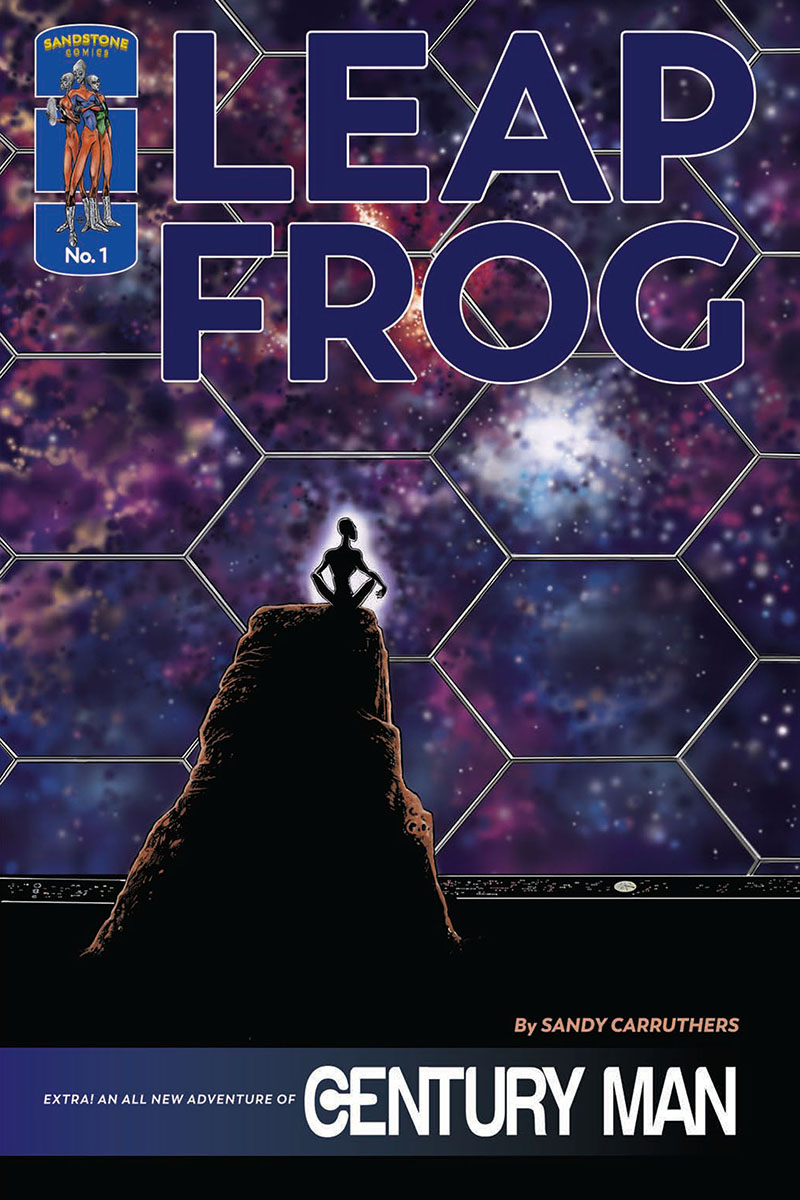 LEAP FROG – In the distant future, a massive interstellar craft is travelling at near the speed of light. Behind it is the dying star, which forced its inhabitants to leave their solar system. Before it, their new home orbits the nearest star. After hundreds of generations, they are half way to their destination. But there is still a long long way to go.

Now reaching an asteroid field, they must commandeer their vessel to tap into the rich resources of the asteroids which will enable them to push ever forward. The dangers that await both inhabitants and ship are great, and tensions are high as the current High Commander and crew attempt to navigate the immense task before them.